This week is my one year anniversary of doing Top Ten Tuesdays with TBTB! Thought you should know 🙂 Round about this time every year I become a little disillusioned with available books. It begins to feel like the choices out there are really just rehashed – the same special powers, weird worlds, forbidden romances. Fortunately the despair does not last long – there is always a good book to find! I don’t usually look forward to new releases as they reach South Africa sooooo late, but in the spirit of dreaming along with The Broke and the Bookish, here are my top ten 2013 releases:

1. Isla and the Happily Ever After by Stephanie Perkins – did I really just start this list with chick-lit? Why yes I did, because Perkins wowed me with Anna and I’d love another not-too-soppy feel-good read.

2. Just One Day by Gayle Forman – I haven’t read Forman’s other popular books. Nevertheless, travel, Shakespeare and yearning sound like it could be an awesome book. 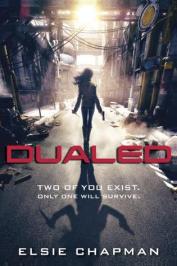 3. The Program by Suzanne Young – oooh, dystopian! The premise is intriguing: a world where depression and suicide have reached epidemic proportions, and “The Program” is there to save them all… or does it?

4. Dualed by Elsie Chapman – “Everyone has a genetic Alternate—a twin raised by another family—and citizens must prove their worth by eliminating their Alts before their twentieth birthday. Survival means advanced schooling, a good job, marriage—life.” And guys… the cover!

5. The Originals by Cat Patrick – identical triplets discover that they are actually top-secret clones, and must figure out their own identities in the meantime. Sounds riveting.

6.Strands of Bronze and Gold by Jane Nickerson – it had me at “The Bluebeard fairy tale retold” and the description reminds me a little of Blood of Flowers.

7. The Madman’s Daughter by Megan Shepherd – mad-scientist, kind of Frankenstein reassembled, with some old-fashioned mystery and suspense – I’m sold!

8. Unremembered by Jessica Brody – a plane crashes (should I really read this?) and a survivor is found, unharmed but for her missing memories. Of course, there is a boy who claims he knows her…

9. The Lives We Lost by Megan Crewe – I’ve been looking forward to this since I read The Way We Fall earlier this year! It’s the “old” virus gone wild story, but something about it is new and wonderful.

10. Daughter of Smoke &Bone #3 by Laini Taylor – I haven’t even read Days of Blood & Starlight yet (obviously it has not yet reached South African shores), but I already look forward to the unnamed #3! 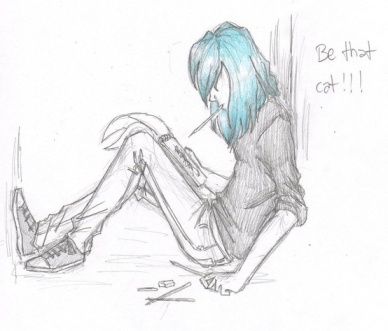