I started blogging as a way of debriefing myself and in the process discovered a whole world of medical blogging. I have found mentors and colleagues all over the world, but I have also met people from the “other side”. I have gotten to know –  by means of what they choose to share with the world – people who sit on the other side of the physician’s desk. They have imparted knowledge and understanding that medical school could not, no matter how hard it tried.

Here are five blogs/twitters of people who unwittingly became my teachers – in no particular order. 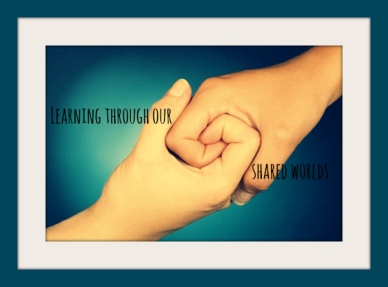 1. LivingPositive at No Going Back. There Is Only Forward.

This 26 year old young woman contracted HIV while working in Zambia for the Peace Corps. She writes candidly about coming to terms with her diagnosis, her consequent experiences with the ‘Corps, turning to volunteering and community education, and finer points such as disclosing her status to employers and potential partners. I only recently found her blog and have not had much interaction with her. As much as I have seen the medical side of HIV, she gives me a more current view of what it is like to live with this virus.

Fawn is a young South African woman who has Cystic Fibrosis and recently underwent a double-lung transplant. She tweets about her new lungs, her protracted hospital stays, painful intercostal drains and her dedicated mother (and more).

Hedrick has lived with Schizophrenia for seven years, and writes about what it takes to live with schizophrenia and to become functional again. He writes a lot about social preconceptions and the help he received from his parents. He is candid, no-excuses. He doesn’t just write about his mind though, and is other writing is thought-provoking too. He definitely smashed my beliefs about schizophrenic-spectrum disorders – and just in time for Psych Rotation.

4. Nisha at Adventures of Me Blog

Nisha is a young South African woman with Cerebral Palsy. She writes about her daily struggles to become more independent, to retain a positive outlook on life and to find her purpose in life. She reflects on attitudes of her own and others, and she shares her progress in tasks such as typing with two hands and increasing her mobility. She previously raised money to build a water well for a village in Kenya, and is currently raising money to end slavery for the Not For Sale campaign. And that’s just two of the things she’s done.

This young woman was recently diagnosed with breast cancer and writes touchingly (and with a LOT of humour) about her experiences with chemo and a mastectomy. I found her blog shortly before I started rotating through Head/Neck/Breast surgery and again, this helped me a LOT in preparation. I love this post of hers: Chemotherapy, via GIFs.

One thought on “Follow Friday: On The Other Side Of The Desk”