If you want to rile me up, you should talk about women’s health. Even the word, Women’s Health, annoys me. Why should only issues relating to my genitalia and my baby-making organs and my female hormones be referred to as Women’s Health, but the rest of me is… what? Men’s Health? And for that matter, why should cervical cancer or endometriosis or ovarian failure be the concern of women only? Just because men don’t get the disease does not mean that it does not affect them. 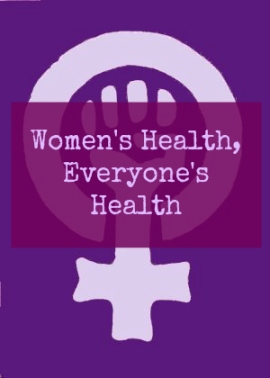 The thing that started me off on this train of thought (or flight of ideas, depending on how you want to look at it), was this poster for self-administered HPV Tests which I saw at the airport a few weeks ago. The poster claims that the test is more accurate, easier, and only needs to be done every two years.

The poster stinks of anti-medical facility attitudes that are more prevalent these days, and I was immediately suspicious. A little too suspicious, it turns out, but I’ll come back to this.

The marketing of these tests claims that HPV tests usually need to be done every year, and therefore their test is superior as it needs to be done every two years. As it turns out, the official guidelines are to have a Pap smear done every three to five years after a negative smear. The one area where this varies is in immune-compromised women, especially those with HIV. In these cases, smears should ideally be done annually.

The reason just thinking about this annoys me is because South Africa has decided to recommend one pap smear per decade and one every three years for HIV positive women. AND women are only entitled to three free smears in their lifetime. This illustrates incredibly poor knowledge of the disease progression and tells me that probably someone with little to no clinical experience is making these decisions.

The assumptions made here are pretty flagrant (and all false):

1. that cervical neoplasia is slow-growing enough to justify ten-yearly screenings

3. that women over 55 are no longer at risk of Cervical Cancer.

Getting back to the self-tests: It seems there is some literature supporting the efficacy of this test (I still have my doubts). China, apparently, is investigating using self-testing as a means to address their very poor screening rates.

I am still not happy with the tone of the advert, and here’s why: the whole thing spouts, “don’t go to your Gynae, it’s so uncomfortable and dehumanising.” Frankly, half of the dehumanising aspect of gynaecological exams is what women are unintentionally brainwashed to believe as they grow up (and yes, speculae do look a little like instruments of torture).

I am not denying that there are OBGYNs out there who make their patients feel extremely uncomfortable, but having worked with a bunch of them I know that so many do their best to make it a quick and painless examination.

Why do we perpetuate this idea of horrible gynaecological exams as though it is a painful rite of passage? Are we all secretly masochists? We are not making people suffer in a spirit of sisterhood, we’re simply scaring so many away from potentially life-saving investigations.

I do not want my patients – the majority of them living in some degree of financial struggle – to think that they have to fish out R700 (about 70USD)  for a self-test when they are entitled to a free test. I don’t want them to have to worry about whether they are doing it right. There are so many patients who can barely figure out whether they have to take their tablets in the morning or at night.

While cervical cancer might be one of our main concerns right now, that is certainly not the only thing addressed at a Gynae visit. I do not think it is justifiable for a woman never to have a thorough Gynae exam, even if we can accurately screen for HPV with these tests, because there is so much more that a pelvic exam and the appearance of the cervix can tell us. Certainly, when I rotated through Gynaecology, there were a lot non-HPV matters we addressed with our patients, from other STIs to matters of intimacy. 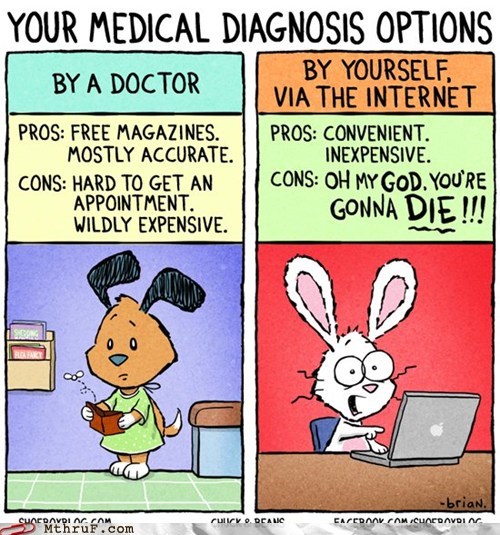 Most of all, I don’t want my patients to have a nameless, faceless individual tell them they have suspicious cytology. With our already-high rate of defaulting, we need to be able to do face-to-face consultations, to tell someone the facts while still giving them hope. You can say what you want, but there are some things a telephonic consultation just cannot beat. Who is going to take medical ethical responsibility for what happens to this patient?

I am not going to try to deny that these self-administered tests could fill a gap. I just don’t think that it fits the gap we have in South Africa very well. Unless  this can be rolled out to clinics that have a lack of personnel and equipment, the most it is ever going to accomplish is make a few bucks from the privileged few in our country.

4. A South African study is in progress to establish the feasibility of this testing method in a community-based setup. I’ll be watching this with interest.

P.S: I’m not change-averse/a Luddite/etc. Just a little skeptic – and admit it, the world does need a few skeptics.