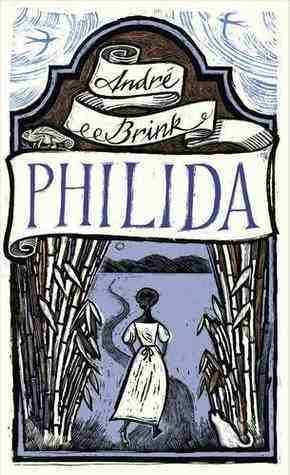 In 1832 at the southernmost tip of Africa, slavery continues to toil a seemingly impossible battle. Slaves at the Cape work the vineyards, build their masters’ coffins, knit their winter-wear, raise children – and sometimes, when their owner’s wives can’t or won’t, they bear them children.

Slaves are barefooted. Shoes are for free men.

Slaves are not buried in wooden coffins, but in an old shroud. Coffins are for free men.

Philida, a cheeky slave girl who has endured beatings and borne four children her owner’s son refuses to acknowledge. His promises of buying her freedom prove fruitless and she makes the journey to lodge a complaint against him.

As the first line of Philida by A.P. Brink suggests, the complaint is just the beginning of a journey – oft unpleasant – for the slave girl Philida, her children, her owner’s family, and the whole of the Cape. Rumours abound that slaves will soon be freed, but few seem to know what that will entail and whether anything will really change for the inhabitants from all spheres of the Cape and beyond.

“What’s going to happen to us? What is a baas without a slave? Who will still respect us? And what about them, if they no longer have us to feed them and protect them and take care of them?”

There is nothing comfortable about this novel, a fictionalised account of true events – even the names are true. Brink illustrates the destructive co-dependence of slave and master. He shows us how people thought then, how entrenched racism and slavery were in this country long before it even was a country.

The novel does not hold back. Violence and rape under the guise of fatherly care for the “heathen slaves”. No detail is spared, and the reader feels once more tainted by history. Because nobody is innocent in history.

Philida is a bit of a genealogical experiment. I daresay that were Brink not already an established author, he would not be able to write such book with such a reception. I did not find it to be quite like his other works. Being almost biographical, the pace is slower, some of the details less important to the reader perhaps than to the author.

I do not usually have a problem with multiple points of view, but in this case it was a bit of a problem for the pace of reading, because the characters are sometimes viewed from the first person and sometimes the third person, and I am not entirely sure it worked well. Additionally, I am not sure that Philida’s dialect translates well to English. It makes for reading that is sometimes clunky. I plan on reading the Afrikaans edition of the book. I suspect it will read better.

But as always, the author’s prose is magnificent. He knows the magic of describing his scenes in the language of his characters.

“There’s something second-hand about the man, like a piece of knitting gone wrong that had to be done over, but badly, not very smoothly. I can say that because I know about knitting.”

Philida is an examination of South Africa’s past and the continued repercussions of the manner in which abolition was approached. Who belongs where? Who is free and who is not? What is freedom?

What does it mean to accept: our past, our deeds, ourselves?

Philida was not really a big role player in the abolition of slavery. But she was a woman who believed in her freedom above all else. Her journey is not one of outer battles and public speeches. Her journey is one of coming to grips that she is worth no less than her white masters; that freedom becomes her.

“I do not want to be whiter than snow as the Ouman use to say. Brown is what I am and brown is what I want to be. Like stone. Like soil. Like the earth. Brown like everything that is worthwhile. Brown I will wash myself. A new person I will be. Brown.”

I perhaps did not enjoy this as much I enjoyed Brink’s other books, but I can see this one becoming required reading in South African (and perhaps other countries’) schools – it is that much of an important story to tell and that well-researched.

Disclaimer: An e-galley of this book was provided to me via NetGalley in exchange for an honest review.

Slavery still exists in our modern world. Visit Not For Sale or read Half the Sky for more information.