This week on Top Ten Tuesday with The Broke and The Bookish, the topic is Top Ten Books I’d Recommend to X Person. For my “person” I choose the average South African teen – young boys and girls of our country who grow up in difficult socio-economic circumstances. These are the books I’d recommend to them – granted, their reading ability would need to be up to scratch, which reportedly is not the case with many of our scholars, but none of these books are difficult reads.

Very similar to the film Freedom Writers – high school kids in the Bronx who learn to change their lives through the power of words.

Hope that there is a hand reaching out to children suffering at the hands of parents and peers.

3. Maverick: Extraordinary Women from South Africa’s Past by Lauren Beukes

In a country where women are still often looked down upon, especially in poorer communities, these well-told stories may very well uplift thousands of young girls and women.

I have often wondered what the millions of underprivileged teenagers would write if given the opportunity to send a secret. I would like to introduce them all to PostSecrets.

5. Harry Potter and the Chamber of Secrets by J.K. Rowling

The books that fed a generation. I want South African kids to know that evil can be beaten underfoot.

6. My Dad: By South African Sons by Ierephaan Abrahams

In a country where fathers are often absent, this book too offers great insight for those who have involved fathers, and those who don’t. 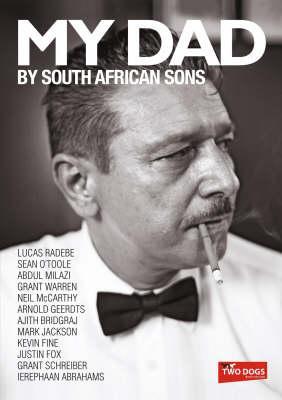 Because sometimes the person you think is there to help you, really isn’t. Also, I firmly believe that reading your first dystopian is a sort of developmental milestone.

Don’t think for one moment that children in poverty don’t have time for bullying, because they do. Kids with albinism are victims of superstitions and bullying here just as in other parts of the world. South African kids need to read about diverse and strong characters from their own continent. (In case there is any confusion, Sunny and her friends in Akata Witch do not live in poverty. The reason I add this book is because of the magic, the bravery, the albinic main character who proves she is more than her stereotype, and because she is a strong African character.)

9. A Patch of Blue by Elizabeth Kata

Themes of racism, disability and love.

A chick-lit style story of South African women who have to confront the complexities of relationships on a background of the country’s HIV-pandemic.

P.S: watch this talk at the recent TEDx Table Mountain, about story telling.