Linking up with Christine from Bookishly Boisterous for this post – the first time this year! In her words, It allows book bloggers (or any blogger, for that matter) to write about pretty much anything, bookish or otherwise.

1. One of my friends from Semester at Sea is publishing a children’s book! Check out Matteo’s Day Off by Romain Vakilitabar. I think it’s fabulous! And worthy, as it is “a story of a culture soon to be lost by the rising seas”. 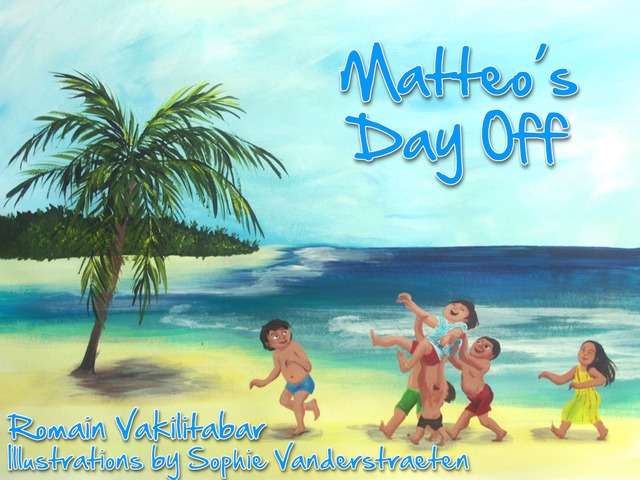 2. I managed to finish The Signature of All Things by Elizabeth Gilbert, which my gran bought me for my birthday this year. It’s a fantastic book, but it took me long to read because of upcoming exams and all that. Luckily the book was of such a nature that it was easy to pick up where one left off. Quite an epic too! Great for travelers, academics, people who have an interest in the natural world… And I love my copy, because it has stunning botanical drawings!

3. I got a new personal best at a recent ParkRun. 31:20 is certainly not a GREAT time for 5km, but bear in mind that it is a trail run, not a road run. Also, my first ever ParkRun time was something like 47 minutes. So I’m definitely improving which is great to experience. Thinking I want to try a half marathon sometime next year (or late this year, after graduation maybe). I won’t say running is growing on me, but… okay, maybe it is.

4. Last week my little sister and I watched Romeo and Juliet (2013, Carlei). I think it’s my favourite of the film adaptations. I really liked them mostly sticking to the dialogue and it was great to see my sister, who is not reeeeally that much into books, enjoying Shakespeare. Also interesting was my thoughts on the story itself though. As a fourteen year old, my feeling was something like, “Awww, how ROMANTIC, they were MEANT TO BE.” And now my response was a little more realistic, I think. As in, it’s a damn tragedy and I’m inclined to think they were definitely not meant to be. Maybe I’m becoming a cynic 😉

5. A fellow student a few years below me gifted me a book from our favourite second-hand bookshop the other day. It was so special because a) BOOKS AS GIFTS!!! and b) It was the day before my surgery OSCEs and really cheered me up. Herman Charles Bosman is a great South African short story writer and REALLY funny. I know this from limited contact with his work in high school and not because I’ve started reading the book yet, given that I’m still trying to finish books that I started two weeks ago.

6. I’m doing the Instagram thing since the failure of blackberry has meant my transfer to an iPhone (an old one of Dad’s, since I’m not due for an upgrade yet). It’s more for my own benefit and making pictures pretty for myself, so I’m not really using it as a social media thing (mostly I don’t even upload the pics to IG). Also, why do iPhones use so much damn data?! Cellular data is not cheap in South Africa and if I don’t find a way of making “system services” use less data, I’ll have to upgrade to Samsung when the time comes, rather than to Apple.

7. I’m on Orthopaedics now and even though it is a surgical field, I’m enjoying it more than Gen Surg and Trauma. I’m not entirely sure if it’s just because the hours are a little more humane. The work component is quite tough though – my anatomy is definitely not up to scratch.

8. I’ve reading By the King’s Design by Christine Trent, which I won in a giveaway a while ago. I wish I could say that I’m loving it, but I’m not really. It’s weird because I love historical fiction, but this is… I dunno. A little slow? Maybe regency era stuff is not for me.

9. Speaking of winning, I won The Flutterby Room‘s Holly Black giveaway! A signed copy of The Coldest Girl in Coldtown and a copy of Doll Bones which recently received a Newberry Honour! I’m so excited for its arrival. (Also, you should check out Becki’s blog.)

10. I notice that I’m on a streak of reading creeping YA novels at the moment. If you know me you know that I don’t do well with horrors and thrillers. I’m a real scaredy cat and Dracula made me sleep with the night light on. Recently I read Mara Dyer by Michelle Hodkin, which admittedly is not scary but a little freaky. Also Splintered by A.G. Howard, which is more twisted than the original Alice in Wonderland. At this rate I might be reading some Stephen King before the year is out! (The only book of his that I have read is 11/22/63.)

BONUS: Found this and it’s a game changer. Hope you like it too.