It was hot summer afternoon and I was on my rural Family Medicine rotation; the Friday leading up to my birthday weekend. I was looking forward to an off-weekend, and I’d be going home to spend my birthday with my family for the first time since 2008. I had dressed up in a new skirt, a pretty pink top, and had even worn my contact lenses to work. I wanted to look “pretty” for going home.

A very, very sick man was brought into our clinic by his mother and sister. He was emaciated, shivering and delirious. Because I had been in the area for two weeks and the area has an incredibly high rate of HIV, I knew, or at least very strongly suspected, that he was a patient with the virus. I also strongly suspected that he was suffering from cryptococcal meningitis, because I’ve seen so many cases of it. 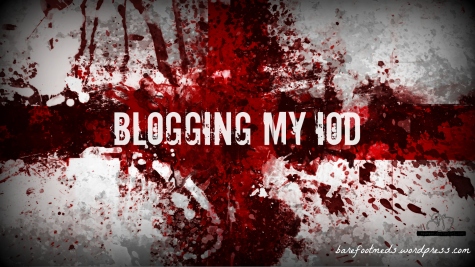 On suspicion #1 I was correct. For suspicion #2, he required a spinal tap for CSF analysis and CLAT. Due to the delirium, he was a very, very difficult patient who bucked and screamed during the attempts. His sister, mother and the security guards all struggled to keep him still. For such a sick man, he had remarkable strength. I eventually stepped back, afraid of being pricked. After my supervisor was eventually successful (a bloody tap but nonetheless), he dropped the long LP-needle in the kidney dish… and at the same time that I heard a clink in the kidney dish, I felt something – a droplet perhaps – in the corner of my eye.

And I was calm for all of five minutes, telling myself how it was probably nothing, and how I am forever feeling things in my eyes, but then I started to freak out on the inside. Because I knew this man probably had a sky-high viral load, and that the virus in this area has many drug-resistant mutations.

The moment I asked my supervisor, “Do you think I’d know for sure if I got a splash?” he dropped everything. This is something I am still so grateful for. He didn’t question me. He didn’t laugh it off, or tell me that I was being paranoid. He dropped everything, took me to a private room, and rinsed my eyes out with copious amounts of sterile water.

I was in such shock that I wasn’t sure if I wanted Post-Exposure Prophylaxis (PEP) – but of course I needed it! And so the doctor gave me enough for the weekend, and my first dose immediately as per protocol, knowing that once the shock wore off I would request the full six-week dose, because the risk of not taking it is too big.

It’s been more than three months since “the incident” now. I have wanted to write about it, but at the same time, I was too traumatised. It has been probably the biggest, most awful thing that has happened to me in five and a half years of medical study, and it has changed me forever. And I am sorry if you have suffered worse trauma, and I know that worse trauma is out there, but for five years, this has been the stuff of my nightmares.

When this happens, it doesn’t matter that the chances of contracting the virus are minute, and even smaller when you use PEP correctly. It doesn’t matter that I didn’t know if it was really CSF in my eye. Because there is still a chance, and you keep running that through your head. You realise that you were never safe. You realise that your choice of profession means that you will forever be at risk.

And you realise that stigma is everywhere. Stigma is still inside of you.

Because after I told my parents, I asked them not to tell people. It was hard enough dealing with my emotional response and fears, and I didn’t want people thinking that I had done something wrong or irresponsible to get an IOD.

And in asking my family to keep quiet, I perpetuated stigma. And I withheld from them the emotional support they could have got from their friends.

I will be writing a few posts on this as time goes by. I think there is a need, because when I Googled frantically for people with similar experiences, I got very little. The closest to my experience was actually not a healthcare worker at all, but a young gay man in 2012.

I want healthcare workers – and especially students – to know that it’s normal to freak out when you get exposed to an infectious agent. That it is the situation that is abnormal, not your reaction. I want them to know that it’s okay to need help. To need therapy. To reconsider every belief you have ever had. I have listened to a lot of my colleagues’ IOD-stories in the past few months and I have come to the conclusion that we all have similar responses to the shock. But we hide it, because that’s what medical school teaches us, right? Hide your emotions. Be strong. Everybody goes through it.

Despite the fact that my superior was very supportive, I still feel there is not enough support for students who have this experience. It would be three weeks before I could speak to a counselor for debriefing. There was nothing to help my family on how to react, and what they could do.

I was the best one to give my family the information that would make them feel more at ease, but I was too emotional to do a good job.

Online stats were confounding and best not looked at. The expectation from doctors and professors seemed to be that I should get over it, move on. Many of them would tell me that they had been exposed five, eight, ten times even! And look at them, they’re okay! And although some of them meant it in a genuinely comforting way, it really wasn’t enough to make me feel better.

This is my story. I will write more, in due time.

Have you or a friend/family member ever had an IOD – HIV-related or otherwise? How did you respond?