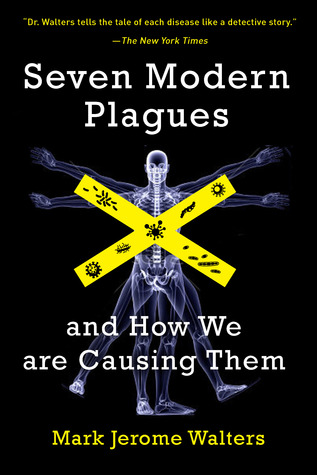 Infectious Disease is interesting. In fact, I would wager that it forms at least part of the backbone leading to most medical students deciding to study medicine, regardless of whether or not they end up enjoying ID.

Seven Modern Plagues by Mark Jerome Walters investigates seven diseases causing havoc today. He looks at the circumstances that first brought them to us… and then illustrates how humanity has, in some way or another, influenced their massive growth. For example, the earliest known HIV case was in 1959, so how and why did it reach such large proportions in the 80s… and why do we still see new forms emerging?

This book is one of my favourite kinds of medical writing: it reads easily, but not so easily that it bores me. It has a good combination of things I already know and new information. The writing style is formal: not so academic as to be distant, not so colloquial as to lack respect for its subject matter.

Interesting things I learned included a better definition of prions than med school ever taught me, and the reason why doctors judiciously prescribing antibiotics is not enough to address the rising rate of antibiotic-resistant organisms.

One important thing about Seven Modern Plagues is that it is not a “Green Peace” book. It elaborates on how we contribute to plagues, and how we can change that, but it is not violent in its assertions and it is not a fear monger. That said, the amount of dangerous disease that we do not have under control is quite horrifying. Walters may not be a fear monger, but his book is still terrifying. 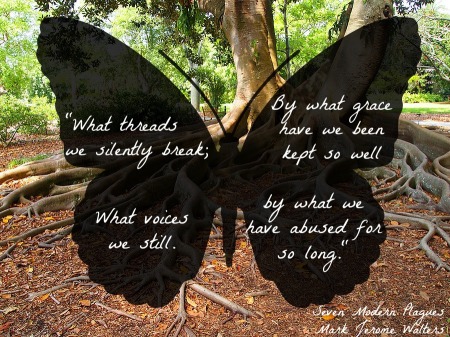 This book could be prescribed reading for medical students (and other students in the health sciences). It succinctly explains concepts of vaccines, infectiousness, pathology and epidemiology – the kind of introduction that would prepare a student and light a fire of interest before a rotation commences.

Obviously another concern for me is that the book is very focused on the developed world – with the exception of HIV. Although a lot of its diseases originate from the developing world, it primarily addresses the influence of these “plagues” on the USA. In one sense I suppose that is good, as it refutes the stereotype of ID being the sole problem of developing countries. But in another sense, this whole book is dedicated to illustrating how we are NOT isolated… so I wish it had been more global. For example, in the chapter on West Nile Virus, after elaborating a lot on spread in the USA, Walters writes, “…the virus soon infected larger areas of Europe and Africa, as well as Australia.” And then… left it there. It seems a cop-out, and I yearned for more.

On the whole, though, what makes this book so valuable is that it not simply makes the claim that we are responsible for a lot of our biggest problems – it also meticulously explains why, and so gives us the opportunity to change it.

Thus I recommend this book with highest praise to professionals and students of the health sciences, as well as  other role players in politics and public health.

I received an eARC of this book via NetGalley and Island Press in exchange for an honest review. This has not altered my opinion in any way.