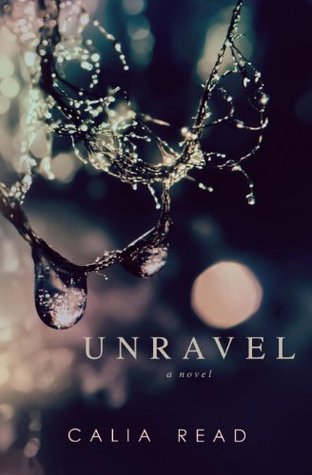 Edit: I’ve been informed that the psychiatry portrayed in this book actually is a good representation of the way it is practiced in North America… which leaves me a little stumped… But means that some of my criticism below is ungrounded.

Six months ago, I was happy. I was simply Naomi Carradine. One month ago, I was admitted into a psych ward. Yesterday, Lachlan visited me. Kissed me. And told me that I’m starting to lose my mind. Hours later, Max haunted my thoughts, reminding me I’m not crazy and that he needs my help. A few minutes ago, I drifted further from reality, trying to unravel the past. And now . . . everyone thinks I’m insane. But I know he’s real, and I know he needs me. Do you believe me?

I read this book for Mental Health Awareness Month, and I knew that it was going to be a challenge to read it not just as a reader, but also as someone who has a little bit of experience with the practical and theoretical side of psychiatry.

Unravel by Calia Read started really well. Naomi’s confusion was tangible, her fear was contagious, and I could understand why the book was labelled a psychological thriller. She even had symptomatology, so I thought that was VERY well done. One could pick up that something wasn’t quite right (even if you didn’t know the terms and definitions), but it was not glaringly obvious. Read really had one wondering whether Naomi is subtly psychotic or telling the truth.

Also, allow me to state the glaringly obvious: this is a fantastic cover. Simply amazing.

There were some inconsistencies, but I gave Read the benefit of the doubt here, because disjointed stories are pretty common in psychiatry.

But it unraveled (couldn’t resist) pretty soon after that. 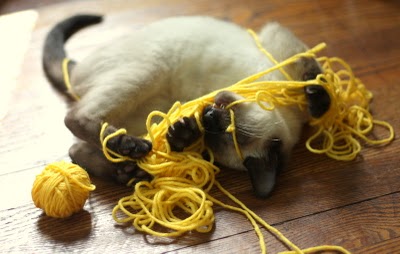 In terms of writing style: I suppose in a way it came across as melodramatic and juvenile. Some parts were truly lyrical and there definitely is writing talent here, I just think it needs some polishing (as a non-author myself, I hate passing judgment on writing style though, so I’ll just stop there).

The sex-scenes didn’t do it for me. I have nothing against sex scenes in books, generally, but these were just… out of place, and a little purposeless at times. Also, there’s one part where she is basically telling her psychiatrist the entire sex-scene… what? No psychiatrist asks their patient to give in-detail descriptions of their sexual activities. Especially not the non-traumatic ones.

It is very unlikely for a patient to sit around, bored, all day. The recognised practice is that patients in a mental institution need a set schedule, with sessions for exercise, creativity, and “own time”.

I thought on a diagnostic level the ending was too loose, but I’ll give the benefit of the doubt here too, because I’ve seen that diagnoses don’t read the textbook. Sometimes there are things that simply don’t make sense in Psychiatry.

Lastly, like many readers, I figured the twist out too soon. From that point onward I lost some interest.  It was no longer a psychological thriller and it was definitely not mind-fudgery. But I should add that to a lot of readers, it was. So you might still enjoy it.

Does this book have value for Mental Health Awareness? I have to say yes, but it is limited. I worry about the inconsistencies. I worry about the “quick fix” at the end. But in writing about mental health and aiding understanding: yes, and again yes.