I’m linking up with The Broke and The Bookish to talk about ten books I have considered reading, but which I am unsure about. I have loads of those! At the end of this post, please participate in my poll by vetoing one book!

1. By the King’s Design by Christine Trent

This book isn’t really me and the only reason I started reading it (currently on page 54) was because I won it in a giveaway. Oh, and I love history. But Regency era has never really done it for me (I don’t like Georgette Heyer either), and the book involves romance and dress-making (which both work in some settings, a la Lola and the Boy Next Door), but so far… Meh. So I don’t know. But I won it! I usually make a point of reading books that I win… 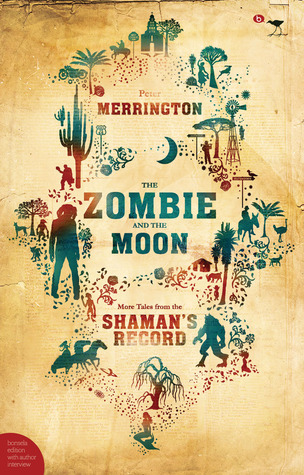 2. The Zombie and the Moon by Peter Merrington

I bought this book because a) the cover is fantastic and b) it’s by a South African author and printed by Jacana, one of my favourite publishers and c) it was on sale.

In the fetid depths of a Jamaican prison, the half-caste bastard son of an 18th-century Jamaican sugar planter is turned into a zombie and banished to the diamond-hungry colonies of the Cape. Thwarted by an unrequited love, he unleashes a dire curse, which reverberates across continents and generations. An eclectic tale, woven with folklore, fairy tales, and magic, this narrative draws urban shaman Malibongwe Ngingingini and his beloved apprentice, Anna Persens, into a quest to heal their land of the zombie’s curse: a foul emanation of fog and narcolepsy. Guided by Maria Juanita, the shape-shifting Sister Moon, Malibongwe and Anna’s journey takes them from Cape Town to Great Bushmanland and on to the mystical deserts of New Mexico and voodoo-fueled New Orleans.

So it sounds pretty good. But the writing style is just… annoying. I like different writing styles but this one just… I wanted to type in an example but even that annoyed me.

I actually don’t have any reason not to read this, except that I read a few bad reviews and I’m a little over post-apocalyptic novels.

Eighteen-year-old Darcy lives on the island of America Pacifica, one of the last places on earth that is still habitable, after North America has succumbed to a second ice age. Education, food, and basic means of survival are the province of a chosen few, while the majority of the island residents must struggle to stay alive. The rich live in “Manhattanville” mansions made from the last pieces of wood and stone, while the poor cower in the shantytown slums of “Hell City” and “Little Los Angeles,” places built out of heaped up trash that is slowly crumbling into the sea. The island is ruled by a mysterious dictator named Tyson, whose regime is plagued by charges of corruption and conspiracy.

4. The Wind in the Willows by Kenneth Grahame

This is one of those books I missed out on simply for cultural reasons. I don’t think it’s translated to Afrikaans and even if it were, it is simply not one of those seminal books in childhood as it is for English children. I bought it a while ago (as part of a beautiful cloth-bound collection) and started to read it but I was having some trouble with it. You know, kiddy books… but part of me thinks I need to know what the book is like.

5. Only Ever Yours by Louise O’Neill

In a world in which baby girls are no longer born naturally, women are bred in schools, trained in the arts of pleasing men until they are ready for the outside world. At graduation, the most highly rated girls become “companions”, permitted to live with their husbands and breed sons until they are no longer useful.

I think it sounds great but still I chose not to request it on NetGalley so… does that mean something? I’m scared it’s just another dystopian… or a badly done version of The Handmaid’s Tale… or something. 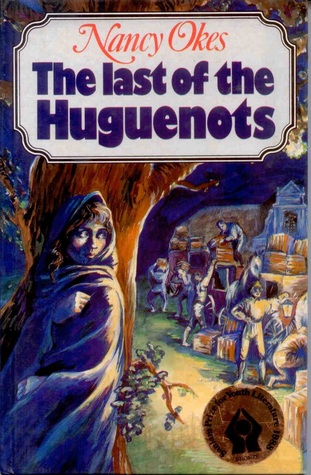 6. The Last of the Huguenots by Nancy Okes

Stiff-necked, sternly devoted to the family name and upholding French traditions in the remote outpost of the Cape, Mme. Mesnard could truly be called the last of the Huguenots. Her granddaughter Louise has every bit as much of the Mesnard spirit and her grandmother’s training stands her in good stead through the turbulent and exciting adventures that befall her… Through it all, Guy Trevelyan’s words stay in her mind: You belong here; you are part of the world. French by descent, but no longer French, she comes to realise she is truly a daughter of the Cape.

Some reasons to read this book: I’m intrigued by the French, I love History, GeekBoy is of French descent, my family was potentially of French descent before they fled to Germany, and I enjoy books set in South Africa.

Reason I haven’t read this book: I tried it about ten years ago and couldn’t get into it, and have just never picked it up again. Also, it seems that nobody has heard of it, and it only has one rating on GoodReads.

7. An Abundance of Katherines by John Green

(And Paper Towns for that matter.) I really quite enjoyed TFioS and Alaska, but I’m always wary of reading too many books of a single author. I tend to get a little… tired.

Yeah… I’m not one of those people who obsesses about finishing a series. I loved Unwind (it was creep-tastic) but I am just not sure if I should read the rest. It has pretty good reviews though, so… thoughts?

9. The Education of the British Protected Child by Chinua Achebe

Mh. I’ve been wanting to read more by him and I got this collection of essays. I started reading them and they just seemed a little bland. Maybe I’m not intellectual enough?

I have wanted to read this since if came out, but then I watched the movie and now I’ve been delaying the reading of it. I thought the movie was good but apparently to readers the book is a gazillion times better. I just wonder if it is worth reading after seeing the movie?

Feel free to elaborate on your veto choice, or tell me which of these books you think I should definitely find time to read!