South African schools don’t really study The Giver by Lois Lowry as prescribed reading, so I finally read it last weekend. I had been putting it off for years but it is such a quick and easy read that I could read it in an afternoon.

Guys, I had so many thoughts about it afterwards. On GoodReads I gave it a pretty high rating, BECAUSE THERE WAS NO “QUESTION-MARK” OPTION! I have never felt so conflicted about a book before. Okay, maybe once before, in Lord of the Flies, after that whole thing with the rock happened. That was unnecessary.

THIS PLACE SOUNDS AMAZING. THIS IS A UTOPIA. CAN I LIVE THERE? GET ME A REAL-ESTATE AGENT, STAT!

Because seriously. Everybody gets the job that suits them best? Awesome. Everybody has access to the same things? Fantastic. It’s like the whole idealistic Marxism thing EXCEPT IT ACTUALLY WORKS. Which it never would in real life because of power-hungry people and stuff.

And then, in the back of my mind, this tiny voice asked, “I wonder how Lowry is going to ruin this for us?”

And BAM! No colour. No memories. But – but… history is one of my favorite things!!

As a dystopian novel (now remember, this is a Middle Grade book published in 1993) it was pretty wonderful. I thought Lowry’s writing was lovely and descriptive and gripping. Stylistically, it was good. I enjoyed reading it.

But I was also annoyed.

I don’t like biases and propaganda. I realise that there is bias and propaganda in most anything we see or read or hear, but The Giver is BLATANT. Lowry makes it pretty clear that she equates Sameness with socialism/communism, and so she draws the parallel of evil. This isn’t really surprising because she was born in the 1930s so war and the Cold War were her childhood milieu. The thing is, the parallels are almost TOO easy to pick up on (much like in Animal Farm). The difference is that Animal Farm, to my mind, illustrated the progression of history, whereas The Giver tried to give history qualities it never had.

I should probably reiterate:

I REALLY LIKED THIS STORY! I just didn’t like… some other stuff.

So my biggest issue is that Lowry presents us with a false dichotomy. In The Giver, there is Sameness, and the only way for order to be maintained is to eliminate difference and therefore also eliminate colour and pain and pleasure. And making babies is bad. And euthanasia happens all the time. Because duh, that’s totally what socialism is all about!

The presentation is as if these two are inseparable – which we know is not the case since the Bastion of Democracy in our world is known for her Big Brother-esque behaviours these days.

I don’t think that The Giver is a bad book to read, but I do think we have now reached an age in World History where we should realise that the capitalism vs. socialism debate runs deeper than our shallow arguments; and that it is simply not as black and white as we may have been taught in school. It is not the way of life in The Giver that brings about trouble, it is the choices individual leaders have made – which could have been made by ANY hypothetical governing system.

On the subject of false dichotomies (and here it becomes less political and more airy-fairy) I don’t believe this whole “you can’t have pleasure without pain” trope. You can’t have peace without war? Bullshit.

There is no such thing as cold. There is only the absence of heat energy. If you do not know warmth, you will not understand cold; BUT you do not need the cold to understand warmth. It is NOT a two-way street.

Therefore the idea that we must somehow prefer a world without love because it will also be a world without hate and terror is way too simplistic. I love colour and I love music and gosh, I adore the beauty that is the diversity of our world and our cultures but I would never, EVER try to impress upon anybody that it somehow makes up for the presence of suffering. 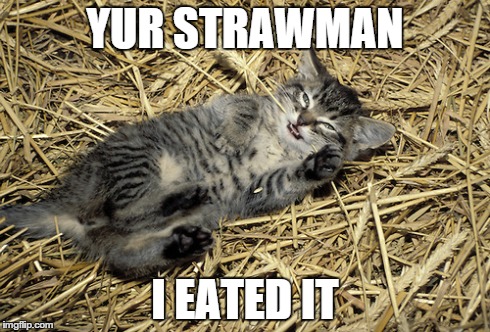 As for the movie:

I liked it. It didn’t reek of a political message as much – it was made to be one of those dystopian movies we’ve come to love-and-hate. It still has the same underlying dichotomies but they’re a little less blatant. Some minor changes are made that don’t really affect the plot much, but better the progression of the movie and the understanding for those who haven’t read the book. And the kids are older when they get their assignments, which suits me fine because seriously, twelve is too young for that ish!

Have you read the book? Watched the movie? Tell me what you think! Agree with me! Disagree with me! Tell me stuff!