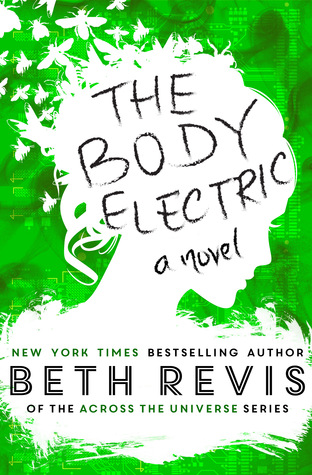 I don’t often get the access to eARCs for highly-hyped books so I was out-of-my-socks excited when I got approved for The Body Electric by Beth Revis (her blog). In case you’ve been… uhm… without internet, Revis has been doing a fantastic job of marketing her latest novel, and I was really super sad that I couldn’t order a limited edition of the book.

I know it sounds like a massive cop-out, but it really is true that the less you know about the story up front, the better. The Body Electric is sci-fi set in futuristic Malta. It involves virtual reality, inception-like entering of dreams, memory, nanobots, androids, cyborgs, big corporations, unified governments and a good dose of rebellion. If that doesn’t excite you then I don’t know what will.

This is a plot-driven novel. Actually, that’s an understatement: this is a novel that is constantly moving and that I couldn’t put down! But what I mean is that the characters aren’t the sole focal point, so some reviewers have commented that the characters weren’t very well-developed. I liked the characters, and although I maybe wouldn’t be able to write an in-depth character analysis of each one, it didn’t bother me. Mostly because I was too busy worrying about what was going to happen next!

Despite my excitement to read this, I was a little worried, because HYPE. But it was awesome. I had a bit of an off day with bad synovitis, and in between my analgesia-induced stupor I finished this book in a day. It’s not a super short book but I could hardly stop reading.

I liked Ella. She was hardcore and realistic, and FIERCE. No silly little impulsive actions for her, no sirree. (Except for that one time when she, like, had to run for her life). 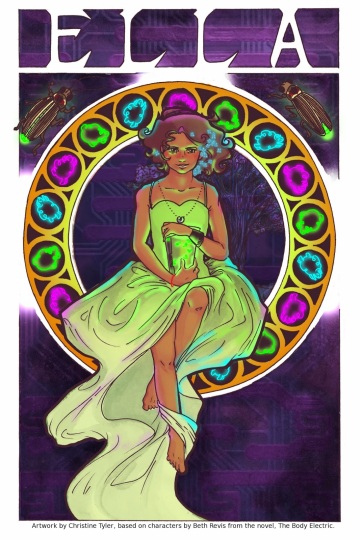 Oh, and THE WORLD. I did not read Revis’ other books but I gather that there are a few references to Across the Universe. That aside, as I’ve said it is set in Malta… but this Malta is a little different. I’ve never been to Malta, but the way Revis paints it gave me vivid imagery, and made me do a gazillion image-searches and I’m already planning my next holiday there! But she also created a whole new part to Malta that you will just need to read to see how cool it is.

Side-note: I love that Revis traveled to Malta in college and now draws on that experience for this awesome novel. That’s just one of the joys of traveling!

There is a bit of a dystopian element present, but if you pay close attention to the end you’ll see that it’s not the usual trope regarding big governments. It’s pretty open-ended, which I thought was good.

Finally, the writing: it is fluent and non-pretentious, easy-to-read, and just great. There is no pseudo-intellectual banter. It’s great action-packed sci-fi with a good dose of real life thrown in.

“Maybe being alone in the sea, with its unexplored depths, its clawing-finger waves, really is safer compared to the land, where there are people and malice and death.”

As for the bees… you’ll notice them on the cover. You’ll notice subtle references to them. I worried that they were just a fun aesthetic element. Oh no. Nope. They are a big part of it, and I love them (except for when they are seriously creepy once or twice).

For me, this book deserves every bit of hype. I’m a big fan of Ella and her darling parents, and now also of Malta!

Revis has confirmed that the book was not named for this Lana Del Ray song, but it’s still pretty awesome!

Disclaimer: I received an eARC of this book in exchange for an honest review.