While on holiday in Zambia I read two absolutely breathtaking books. I bought both of these books myself and was not asked to review them, but I feel the need to share them with everyone.

A prelude: The number of displaced persons in Africa is huge. We have many refugees and many internally displaced persons and in South Africa, the supposed land of milk and honey, many foreigners have been victims of xenophobia. This year especially has seen flares in violence against persons perceived to be foreigners There are a lot of politics underlying the whole story, and it’s not something I necessarily understand well enough to explain in simple terms, but it is tangible in this land.

Acclaimed author and twice Alan Paton award winner Jonny Steinberg (I reviewed another of his books here) interviewed Asad Abdullahi, a Somalian Refugee, for more than a year. I have never felt so part of a story: the young boy who witnesses as his mother is killed in front of him, then flees across border after border for several years, losing and gaining relatives and friends in a constant stream. 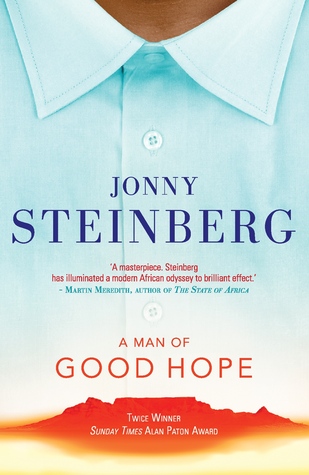 How does one express the kind of tenderness evoked by this narrative? And yet it is not overtly biased. It is not manipulative. It is a stunningly crafted narrative that focuses on a young man’s memories and struggles. Struggles that were meant to change when he reached South Africa, the supposed land of milk and honey.

The book taught me more about this continent than any newspaper or history book has before. It made me cry for our soil. And it made me angry. And it was undoubtedly the best book I’ve read this year. Maybe this decade. Maybe ever.

With the resurgence of xenophobic violence in South Africa, I so wish that more South Africans would read A Man of Good Hope. Or that someone would read it in short installments on the radio. It is about a Somalian in South Africa, but the kind of insight it gives into ourselves is unsurpassed.

I gave it to my mom to read afterwards. She devoured it, and since we have had conversations on the topic around the dinner table. It is so incredibly that it has evoked a longing in us to read it again and again. 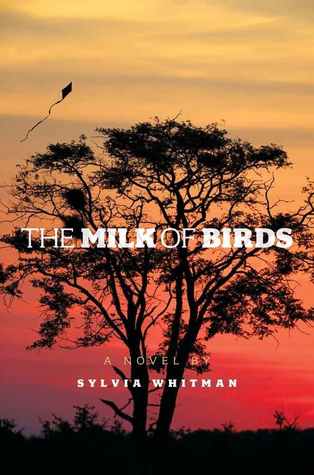 After reading A Man of Good Hope (and wallowing in it for a day) I moved on to a Young Adult book about a Sudanese girl in an IDP camp who is assigned a pen-pal in Virginia. The Milk of Birds by Sylvia Whitman was a bit of a hard switchover because the writing is miles different, and for an entirely different audience.

But the protagonists, Nawra and K.C. crept firmly into my heart. It is a journey in itself to see them get to know each other through their letters, and to see K.C. develop a growing awareness of struggles and worlds beyond her own. K.C. is not just a plot-device: she, too, must walk a road of self-discovery and become aware of her own strengths, although she has been the “slow” student her entire life.

This book crept up on me slowly. It unexpectedly made me cry more than once.

Separately, these books are brilliant. Read one after the other, they have been life-changing, and I think it will be a long time before I have such a reading experience again.

I cannot begin to imagine the horror of seeking refuge in a place and then being hunted there, too. It is wrong and it is horrid and these books affirm that in their own ways, in new ways.

Read these books. Read them and devour them. That is my unequivocal suggestion.