I’ve decided to start a new sort-of series (that will obviously be completely irregular) about things I learn from books. Fictional books! I love learning new things, and that’s not only limited to topics in my chosen profession. One of the reasons I love reading is that it opens my eyes to so many things I never knew, or points of view I had not considered. 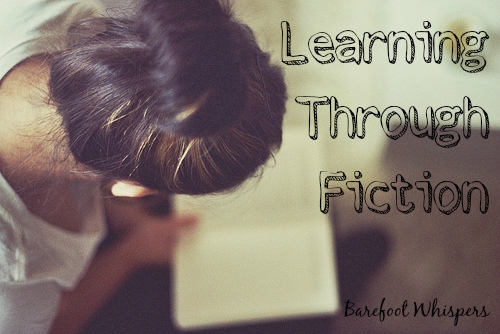 Black Dove, White Raven by Elizabeth Wein – this was the book I just could not wait to buy. After Code Name Verity smashed my heart to smithereens and ground it underfoot, I had to have more (well, the book was really good).

BDWR was certainly different from CNV. It is set in Ethiopia, which I LOVE (I have a thing for different counties in books). It has a great focus on family and friendship, as in CNV, but I did struggle to connect emotionally with this book, whereas CNV was an emotional maelstrom. I enjoyed BDWR a lot more once I stopped trying to compare the two.

Before reading BDWR, my knowledge of Ethiopian history was confined to the few chapters in high school history about Italy’s onslaught upon Ethiopia during WWII.

NOW! What I learned:

Not only does it have THIRTEEN months (but still 365 days and 366 days in a leap year) but it is also seven to eight years behind the conventional. The reason behind it is fairly complex but the basic fact becomes important during one of the big twists of the story.

The Festival of Timkat is the most important religious holiday of the Ethiopian Orthodox Church.

At the Timkat parade, priests from all churches bring out the tabots, which are replicas of the stone tablets upon which God wrote the Ten Commandments. These tablets are carried in cloth because they are so sacred that everyday people are not allowed to cast eyes upon them, lest they be struck dead. Timkat is the feast of the Epiphany, which commemorates Jesus’ baptism. Timkat is protagonist Emilia’s favourite Ethiopian holiday.

Ethiopia’s history is a strong interweaving of geology and religion.

Debre Damo is a large flat-topped mountain which holds the oldest known surviving monastery in Ethiopia. It protects various historical religious texts and is accessible only by rope. Only men are allowed on Debre Damo, and this plateau features heavily in some important moments of the novel.

Although the slave trade was first abolished in 1902, the practice of slavery was only formally and legally abolished in 1942. This was part of Italy’s “excuse” for invading Ethiopia. Emilia and Teo’s mother, Rhoda, is heavily criticised for bringing her children to a country where slavery is still practised.

Coffee is part and parcel of Ethiopian culture.

(I know that will excite many a coffee lover!) As the Japanese have their tea ceremonies, so do the Ethiopians have coffee ceremonies with set rituals and etiquette. Traditionally, only women were allowed to serve coffee. Emilia, Teo and their mother live on a coffee plantation in Ethiopia.

Have you read Black Dove, White Raven? What did you think? Which fictional book has taught you a lot about another country?

And because I clearly have nothing better to do, I experimented with infographics: (Do you like it, do ya do ya?) 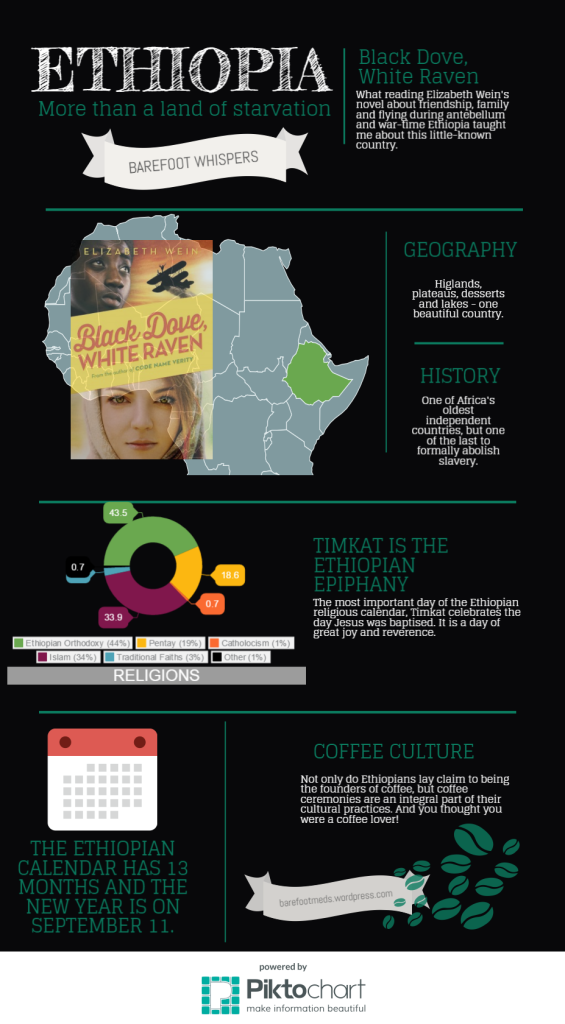