I’ve been on a bit of an alternate-history kick recently, which has led me to believe that it is possibly one of the most challenging genres an author might tackle. Call it the Butterfly Effect or Domino Effect or just plain Jenga, but changing a single event in history causes a cascade of changes, and if the author misses even one of those, the book loses its believability. 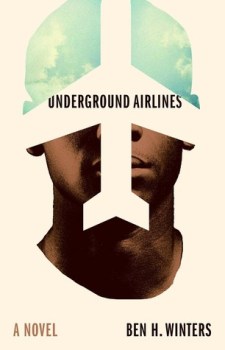 Underground Airlines by Ben H. Winters is an alternate reality in the present day where slavery was never outlawed in the USA, and is still practiced in four major states. It is a horrifying thought and an important topic in light of current race-relations in the USA and much of the world.

World-building is important in alternative-history fiction, but must be subtle. If the world is different to the way we know it, the reader must be able to understand why that is. Winters did this fairly well, in referring to trading sanctions which, for example, result in CDs not yet reaching American markets.

Elaborating on the events in your alternate history is also difficult because the reader does not want to be told so much as shown where history deviated from the plot, but sometimes it is so elaborate that showing is difficult. Winters tends to err on the side of telling in this regard, and it sometimes seems as though our MC is lecturing to someone who does not know the history. To be fair, I have not yet seem an author pull this off in an alternative history.

The purpose of an alternate-reality novel is not just to point out the differences between our situation and the what-ifs, but more jarringly to show the similarities. And that is what I found to be the value (and the horror) of Underground Airlines, because as I read I found myself asking, “But how is this REALLY any different from what black Americans are dealing with in our reality?”

Is Winters suggesting that the prejudice faced by persons of colour today is as bad as though slavery was never abolished? I think that is one of the most important discussion-points stemming from this book. The kind of systemic prejudice facing the free persons of colour in Underground Airlines is not so different from many situations today: you are free, but don’t wear a hoodie or look dangerous. You are free, but don’t carry a weapon if you want to live. You are free, but businesses and places of employment are also free to discriminate. 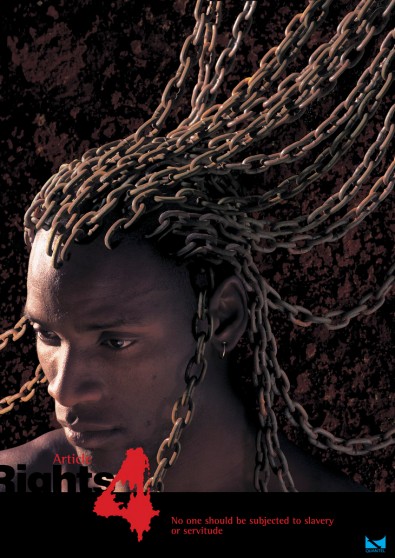 In terms of pacing and dialogue, I definitely felt that the novel could have benefited from more editing. It seemed as the majority of the novel was busy “setting up” for the plot, but the plot struggled to gain momentum. It was a whole lot of planning and back-story and double-agenting, and then the twist came before any plotting really occurred.

In terms of character development, I was told that the protagonist felt anxious and desolate, but I was never really offered the opportunity to get in his head; as though he were too far for the reader to fully grasp. This may be tactical on the author’s part, because Viktor is a mystery to everyone, including himself. Is he a good guy doing bad work? He closes himself TO himself in an effort to avoid the terror of his past and his guilt; but even so, I needed to be able to connect with the MC more.

My biggest problem was the “twist”, which suddenly turns Underground Airlines into more sci-fi than alternate contemporaneous. If you read the blurb you knew there was a secret, but tension in this regard never truly mounts – the tension is always about freedom and not about secrets. It is such a wild twist that it is incongruous with the rest of the novel, and it is jarring in a bad way. It almost feels as if it were an afterthought, and afterward little is done with it. It threatens the integrity of the entire novel.

One of my favourite hot-points suggested in Underground Airlines is that of the “couch activist”. Those who are so privileged that they can side-step dealing with the problem. From Father Barton who says, “I have spoken on it and will continue to speak on it, but speaking is all I do,” to people who won’t buy products of slavery but still benefit from the economic successes thereof.

Its issues in spite, this remains a book I would like to see read in schools and universities to open up robust dialogue. Underground Airlines may well be one of the most “woke” books that has been published this year.

Disclaimer: I received a free eARC via NetGalley and Mulholland Books in exchange for an honest review.

One thought on “What If Slavery Never Fell: Underground Airlines [Book Review]”