I started working on this post two days ago. Since then, I have received news of a colleague who died in an accident while driving post-call. She went to my alma mater and graduated last year, and though I did not know her personally, my heart breaks. A country with a shortage of doctors has lost a young doctor who was just starting in her career. She was well-loved, and we will all feel her absence. 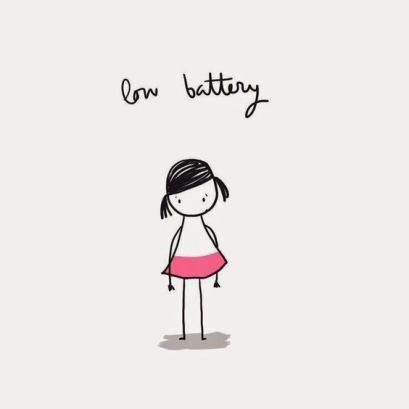 I’ve always had strong opinions about the working hours of doctors. For one, the number of hours we work, which is simply not conducive to a healthy life outside of work. But more importantly, the amount of CONSECUTIVE hours – such as our 24+ hour shifts, which gives rise to exhaustion so bad you might as well be drunk. (This sentence feels crude in light of the news we received. But I’m keeping it, because it is accurate.)

I hate how I second-guess my medical judgment when I’ve been working more than eighteen hours. I hate driving home tired and being afraid that I’ll fall asleep; shouting at the little voice that says, “but surely just closing your eyes for a second”… I hate how working a long shift means I essentially lose the entire following day to catching up on sleep (and everyone knows it can never really be caught up on).

A few things have altered the way I look at this matter recently. Not drastically, but it has had a maturing effect.

First things first: The addition of our overtime-pay REALLY helps. Life is expensive, and South Africa’s constant economic turmoil is not helping. The fact that overtime pays what it pays (a third of my monthly income) is part of the reason I am making a major dent in my student debt and able to put away some savings. I don’t know if all the crap I have to deal with would be worth it without that. Honestly, if you told me now that I didn’t have to do overtime but I would forfeit that income… I don’t know if I would accept it.

In Family Medicine, we did not do 24-hour calls. We did twelve-hour shifts as the first-contact physician in casualty. It’s a high-intensity shift and it only makes sense to do twelve-hour shifts because the patients simply do not stop coming. But it means you are on call a LOT more. We were often on call a Friday night and a Sunday day, or a Saturday day and Sunday night. It kind of sucked (the life out of our weekends).

You would think it would be wonderful not being on duty for such long hours, but the frequent calls were quite horrible as well, and possibly equally draining.

In Anaesthetics we had enough staff to prevent an entire 24-hour shift. The doctor on call in the evening would work during the day from 08h00 to 12h00, and would then get four hours off to sleep and prepare. They would then be on duty again from 16h00 to 08h00 the next morning. And they would leave promptly at 08h00, unlike most of our other rotations where our “post-call” often only starts at 12h00.

Here’s another nasty little bit of information: very few senior medical doctors work the kind of hours an intern works. An intern who works a twenty-four hour shift is likely to be awake all or most of those hours. In most rotations (anaesthesia and paediatrics possibly being two of the few exceptions), the Medical Officer comes into play when the intern has trouble – with a difficult case or an overflow of patients.

The consultant (American attending) comes in even less often, if at all. A surgical consultant may be called in to take the lead on a tricky surgery, but most other consultants get away with giving telephonic advice, if at all.

But they all get paid for the “overtime”. And, understandably, they all like being paid the overtime.

This is why the guys who could theoretically apply pressure for reform – the big guys, the heads of department – won’t. Because they are not the ones stumbling home in a stupor of exhaustion and caffeine, but they still benefit financially.

So the way I look at our conundrum has evolved. I am no longer baffled by the fact that our twenty-four hour calls still exist. I understand it now.

I still think it is ridiculous.

At the moment I do think that the only viable solution would be a “night float” system as in the USA, but I know that the system also has so many critics; and that I couldn’t possible understand all the nitty-gritty thereof until I’ve experienced it myself.

I still don’t know to do, but the situation continues to make me feel expendable.

14 thoughts on “My Evolving Opinions About Doctors’ Working Hours”