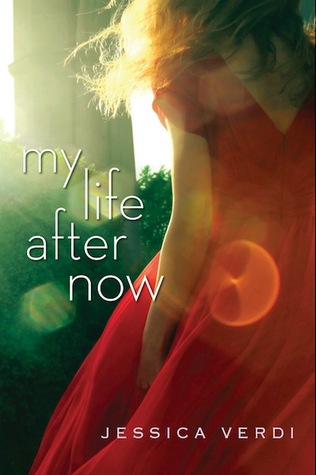 Earlier this year I wrote that we needed more YA about teens with HIV. I didn’t know, at the time, that a 2013 YA existed on the very topic: My Life After Now by Jessica Verdi. I also didn’t know that not soon after I would be injured on duty, have to take prophylaxis, and months later have residual post-traumatic symptoms.

So recently I read My Life After Now as a sort of desensitisation exercise, to get back some of my empathy and also, honestly, because I was curious about how well Verdi would have accomplished writing about such a difficult scenario.

Let me tell you: I was pleasantly surprised! The writing was not necessarily my favourite – quite noticeably for a younger audience, obviously – and the setting was in the USA, which is quite different from my own. Nevertheless, I thought Verdi illustrated the ambivalence towards the virus by teenagers who have heard of it ad nauseum VERY well.

What I found most impressive was her cognisance of mental health problems in HIV-positive individuals – because they are myriad.

Did you know that more than 15% of HIV-positive individuals are diagnosed with anxiety disorders after their diagnosis… as opposed to 2% of the HIV-negative population? Adjustment Disorder (a disorder in which someone cannot cope with a new stressor) is very common post-diagnosis. Depression rates are higher in positive individuals world-wide. Some of these issues can be ascribed to the emotional effect of living with a chronic, incurable disease, but some of it relates directly to the effects of the virus on the nervous system. Certain antiretroviral drugs can make psychiatric illnesses worse, or be the precipitant for their activation. Certain psychiatric drugs can’t be used with ARVs.

And this all relates to Lucy in My Life After Now. Lucy, who tries to shoulder her burden alone. Lucy, who suffers stigmatisation. She definitely has some depression in part of the novel. She struggles to get support, initially, and the description of the support group was pretty honest – support groups are not always wonderful from the beginning. They’re awkward!

I didn’t read this book for Mental Health Awareness Month, but it actually fits right in. It does well to address stigma, but it also reminds one that there is more to an individual’s diagnosis than the presence or absence of a virus in their blood.