Addison Wolfe never wanted to be a physician. He wanted to be an astronaut, and went to medical school as a roundabout way of achieving it. But his plans backfire when NASA turns him down and he has to complete his internship at University Hospital in Jacksonville. He faces a daunting year of learning the ins and outs of being a doctor, while juggling his colleagues, his love-life and the evil Director of Medical Education.

I was offered an e-copy of The Reluctant Intern by its author, Bill Yancey. I always jump at the opportunity to read books by medical doctors, and I was very intrigued by a book with a main character who really doesn’t want to be a doctor. It’s unorthodox, but doesn’t it immediately sound like a cool story?

Unfortunately, I guess the book and I were a bad match (it has a lot of really stellar reviews on GoodReads). I struggled to get my feelings together about it, so I decided to do a bit of visual organization, inspired by Kelley’s review of The Murder Complex. (Hers is WAY better. I’m still learning to do this stuff.)

In addition to the premise being a fantastic idea (everybody always writes about the passionate doctors, yawn), I love hearing about medical training in years gone by. I always try to get my supervisors to talk about their med school days. So I loved that aspect of the book.

The biggest problem, essentially, comes down to the fact that I think the novel really just needed a good editor. The book was produced independently, but the writing tone and grammar very often needed a bit of polishing. I’m a bit of a grammar/spelling/vocab-nazi at times, and it really came out while reading this. Also, the use of “etc” was very glaring, very often. 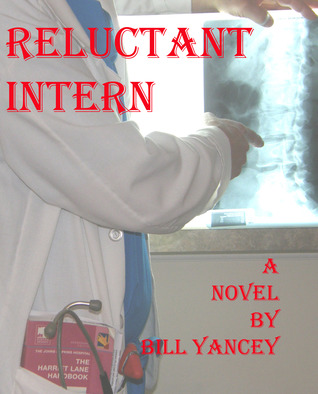 I know it was intended as part of the historical setting, but the racism/sexism/old-boy camaraderie really put me off. I guess it just felt so… blatant. I don’t know, but it was the part that made this most difficult for me. Perhaps also because I still encounter a lot of these elements in my training and so it was uncomfortable and a bit close to home.

Finally, I felt that the plot lacked direction and Wolfe lacked agency as a character. It was more a chronicle of Wolfe’s various rotations and the things that happened to him. They were very anecdotal. But I have to say: some of the anecdotes were really funny and/or interesting. There was a really unexpected twist near the end, I didn’t really enjoy the twist too much because I felt it added to some of the stereotyping. At any rate, it did make me jump!

Although it is a bit subliminal, there is some good comment about medical training and the things that happen in the medical community, which I loved reading as they tend to be brushed under the carpet.

So, you see why I don’t think this was a good match for me although it does have some great points. I do think there is promise in this novel but I would love to see it more edited and polished.

I received a copy of this book via the author in exchange for an honest review. This has not affected my opinions in any way.